The story of a Dream 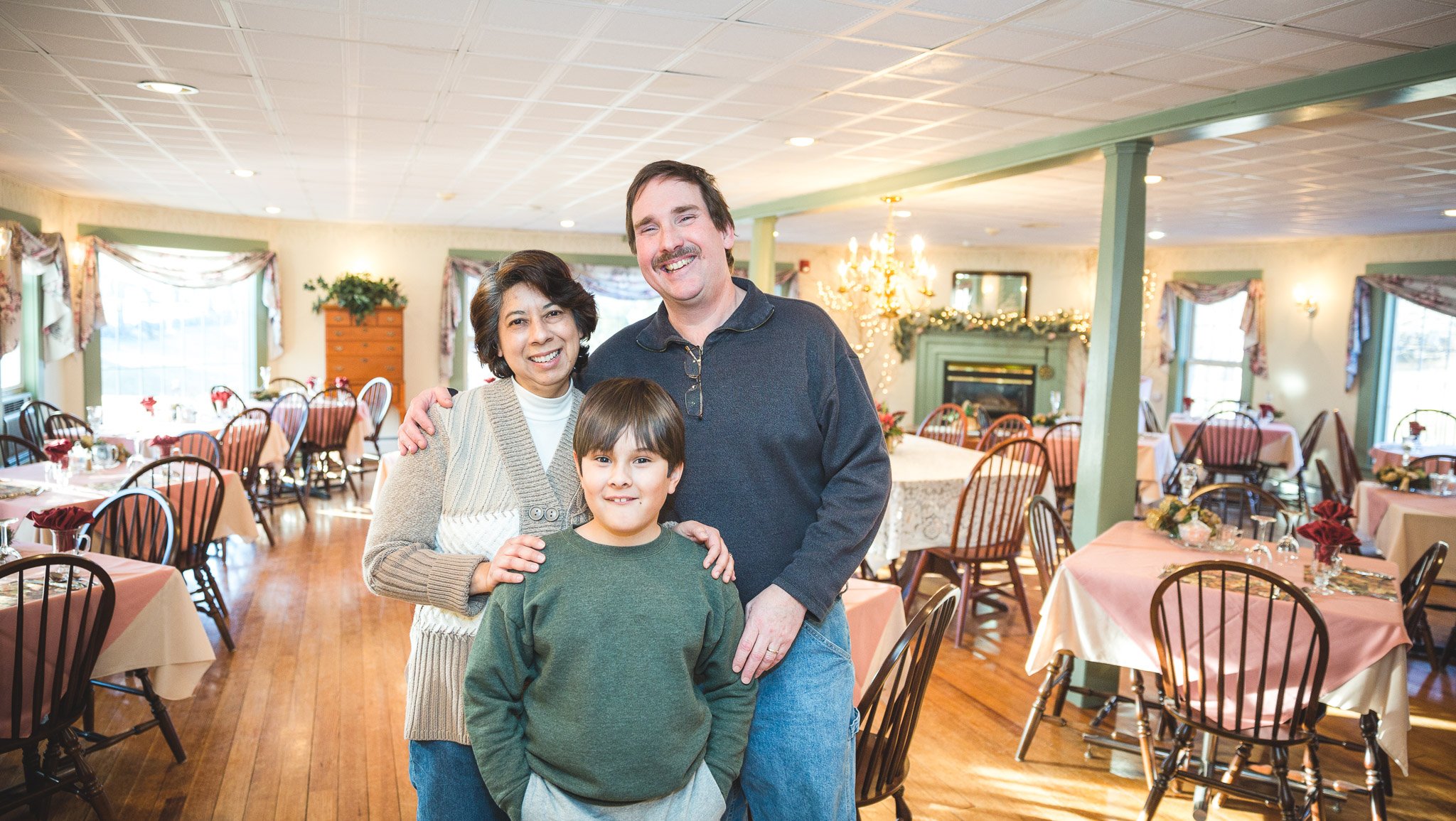 We all have dreams and surprisingly when we met, Stan’s and mine were very close. When he retired, he wanted to own a small hotel in Costa Rica, I wanted a B&B in New England. Well, part of our dream matched anyway. We tossed a coin and I won. Our dream since we married in 2005 has been to own a B&B in New England. We have been talking about this since then and when our son came along, he had heard it so many times when we finally decided to do it, he was all on board. He knew mommy and daddy wanted to do this since forever.

We talked so much about it, so it was no surprise when in 2015, we came up with what I am sure friends and family might consider the most demented idea. We were going to quit our nice corporate jobs with steady paychecks, leave Texas (our home, our friends and our family), and move to New Hampshire to run a Bed and Breakfast. And so here we are. We call this our adventure of a lifetime. Are there ups? Are there downs? Definitely, and plenty of each. It is a lot of hard work but also, we are getting to know so many beautiful people. They have given us advice, well wishes, or menus they took off restaurants so we can add them to our restaurant samples. Being new to the area, they are telling us places to visit and things to do, them, our guests! That is the biggest perk of owning a B&B. This is what ours has given us. Lots of new friends and good times. We look forward to the many years ahead running this beautiful Inn.

I waited a long time to get married. Actually my folks were pretty convinced I was never going to get married. I’d even come up with a plan to retire young and own a hotel on the beach in Costa Rica. Down there I’d cook food using local ingredients because I’ve always loved cooking! Plus I figured I’d learn to bar tend because who’s going to a hotel on the beach in Costa Rica and not want to have a boat drink at the bar?…seriously!

Then, out of left field came Odo. Oops, plans changed. Never happens to anyone, right? I know. Anyway, when we were dating she tells me she’s always wanted to retire and own a B&B in New England. Well my first thought was but…what about the beach? Then lays the kicker on me, she’d never even been to New England! So being traveler by nature (I’d been to more than 30 countries when we met), I took her on our first trip to a B&B in Camden, Maine. If she was going to talk about I thought she should at least experience it. We went in May, and it snowed on us.

Later, after our son was born, I took both of them on a trip to Costa Rica. New England still won out, but at least I can say I made sure we sampled both before deciding New England would be our next move! By the way, if you want to go to the jungle check out “Leaves and Lizards” which is up near volcan Arenal (yes, that’s an unsolicited plug to some wonderful people I want to see succeed, just as much as I want us to succeed).

The question really was when? Yes we were going to do it “when we retired”, but when would that really be in the hectic life we were leading working for corporations. After seeing a lot of our friends “retired” against their will in corporate life, we decided to take the bull by the horns and step out without a net.

We did some research on schools around the various states and decided to target two states, Vermont and New Hampshire. We then went and attended a prospective B&B class in Asheville, NC. That class talked the other two couples attending out of the idea entirely. But we are focused, ok, some people call it stubborn. After attending that class, we scheduled a two week long “vacation” to go look at properties, we’d heard horror stories about how long it took some people to find the perfect Inn for them, but we managed to target what we thought would work.

Less than a year later, here we are, our plan is twenty years. Yes, we have a time frame in mind. In my mind at least this should keep us going and energized until we are well past the age we would have retired in the corporate world. I know I’d lost twenty pounds in the first few months just because I was no longer sitting at a desk, typing on a computer all day long and into the night anymore. I’ve actually been moving, it’s awesome! Odo’s still been stuck at the computer building our website and working hard to make sure all the important stuff behind the scenes works, but as we get further into this I know she will step out and be helping build beautiful landscaping and setting up amazing backdrops for our future brides, and event goers to enjoy. 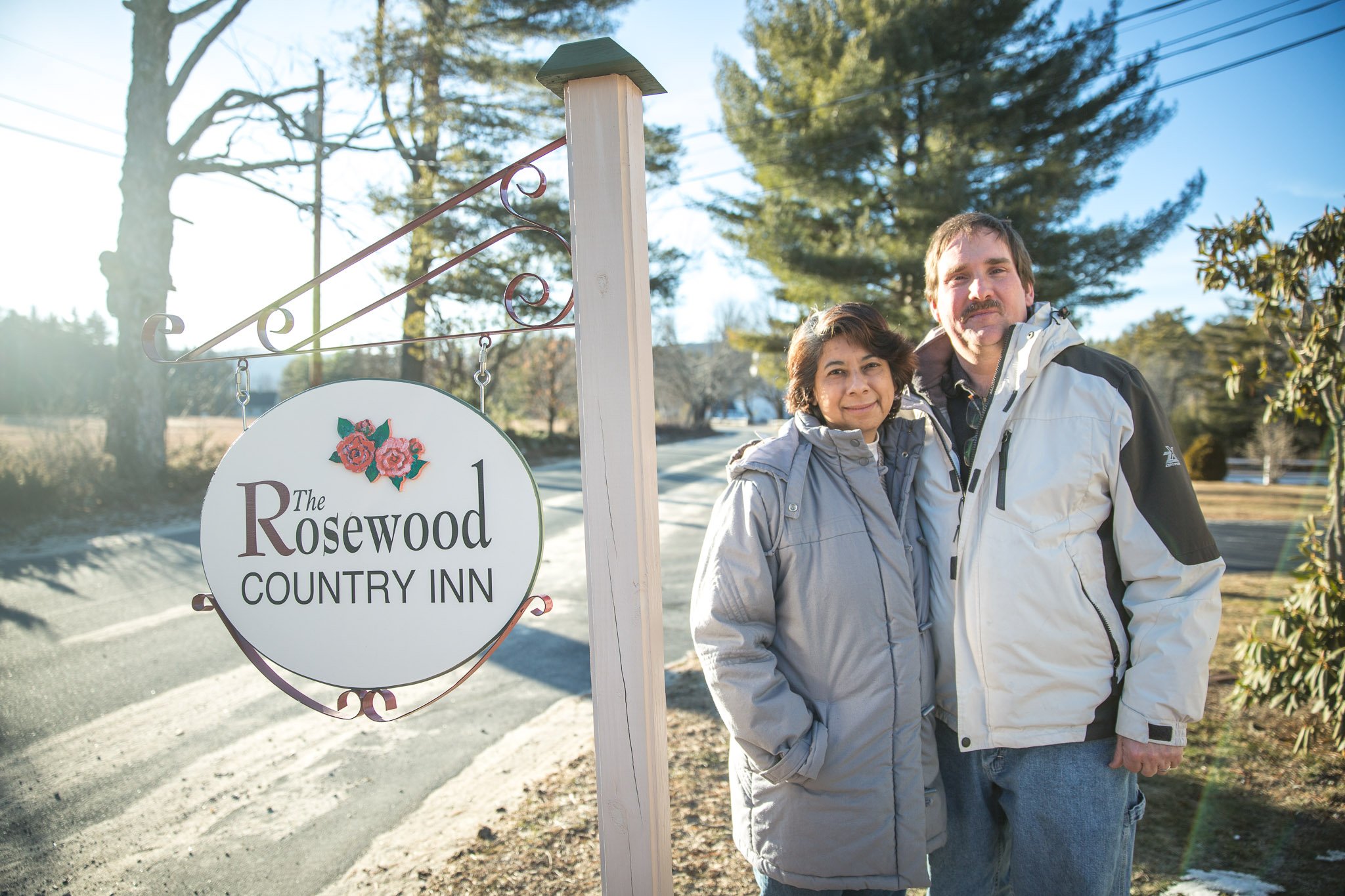 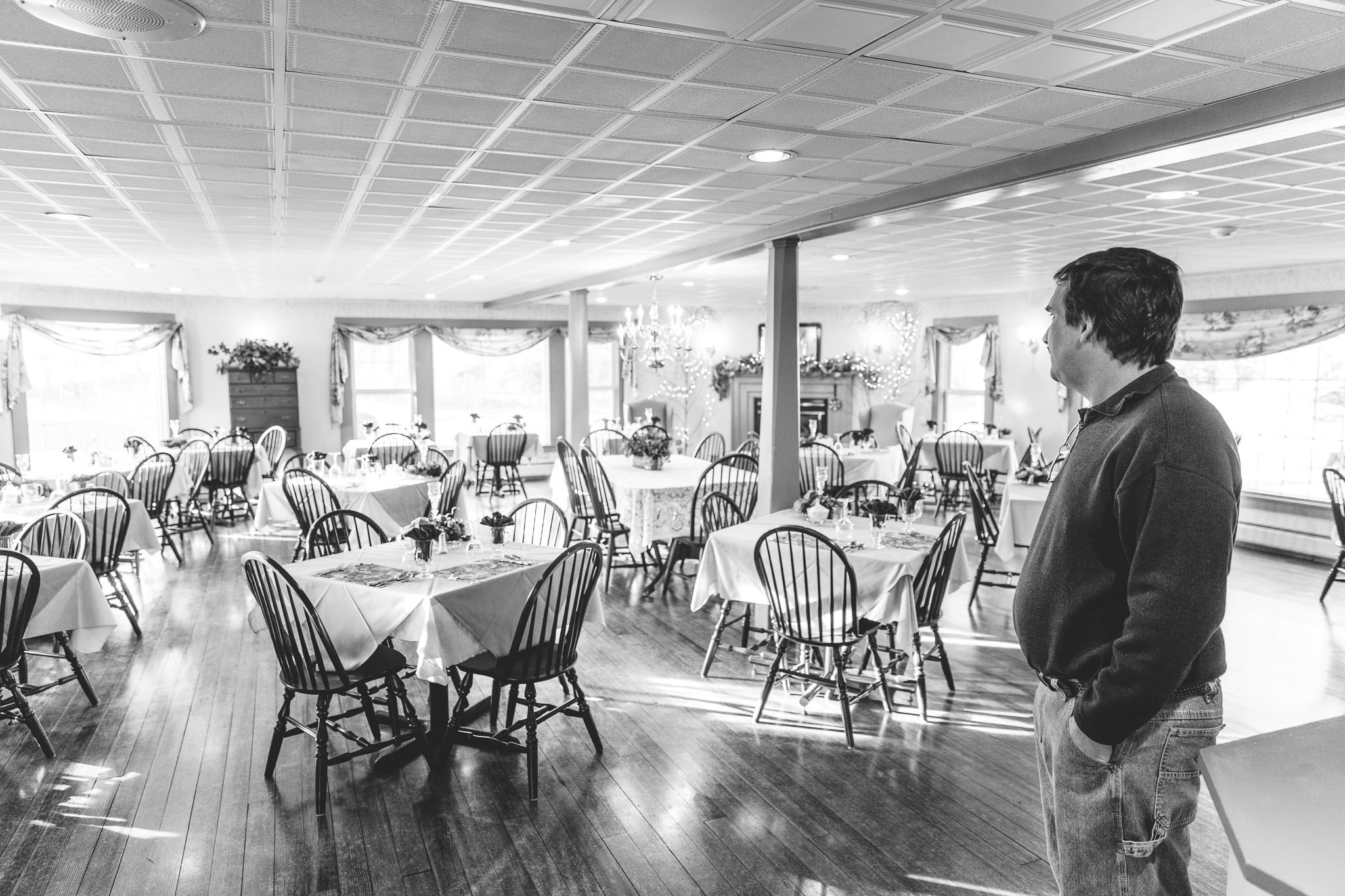 “The Rosewood Country Inn is a simply BEAUTIFUL romantic inn. The new owners Stan & Odo seem to be perfect for this new experience for them. We were there on a weekend getaway and our room was cozy and…”  Ron

We use cookies to ensure that we give you the best experience on our website. If you continue to use this site we will assume that you are happy with it.OkPrivacy policy
Go to Top